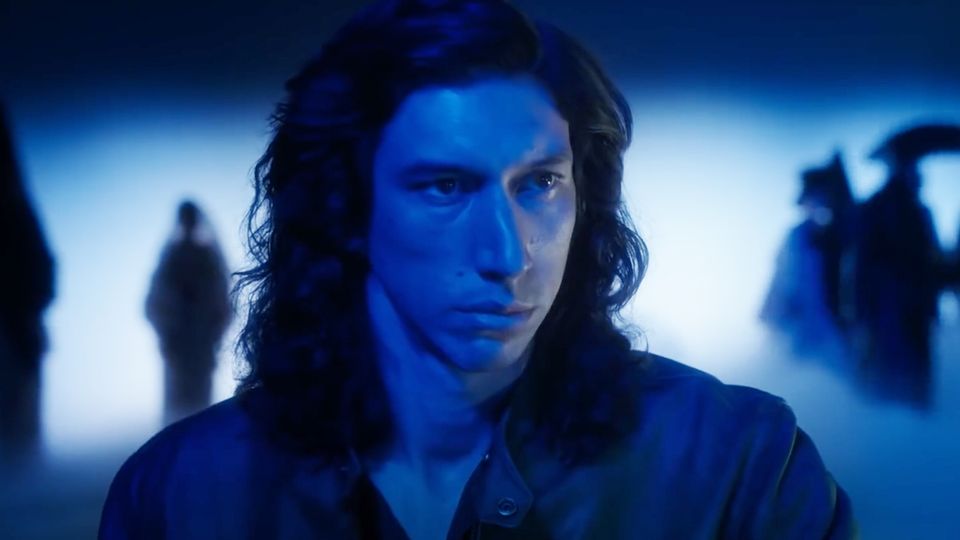 “Annette” was the opening night film at this year’s Cannes Film Festival. It would be an understatement to say that this expansive rock opera left audiences divided.

I’ve seen online comments that have called this the best film of the year and all but anointed Adam Driver with next year’s Oscar. Then again, I’ve also seen comments calling the film a self-indulgent mess and a total waste of two and a half hours.

For the record, I fall mostly into that later camp.

“Annette” is a rock opera written by Ron and Russell Mael of Sparks fame. It is the story of a stand-up comic with anger issues (Driver) who falls in love with a famous opera singer (Marion Cotillard). They have a child, Annette, who has somehow inherited her mother’s glorious voice. It’s not long before audiences around the world are massing to hear the child sing, treating her as a god among mortals.

Lest I forget, Annette is played by a wooden puppet.

I understand the rationale behind that decision, as a human child would never be able to do the things that this script demands of Annette. That being said, the filmmakers would have been wiser to build the child as a computer-generated character. The puppet looks rather creepy, giving the film an unintended ghost doll vibe at times.

The other big problem is with the music. I won’t claim to know much about Sparks, but their rock opera score is completely forgettable. Apart from an odd-but-fun opening number, there’s not much to please fans of movie musicals—there’s certainly no hummable tune on the soundtrack.

Exacerbating the mediocre music issue is that fact that Driver isn’t a trained singer. He’s not Pierce Brosnan in “Mama Mia” bad, but his singing seldom rises above the level of casual karaoke. Cotillard fares better, as she was smart enough to have an actual singer dub in her music. The problem here is that she isn’t given all that much to do in this film, so her efforts are overwhelmed by Driver’s larger role in the film.

To be fair, Driver does deserve credit for his fearless performance. It’s not often that a movie star of his caliber is willing to go all out for such an off-putting character. I certainly agree with those initial commenters who were impressed by the actor’s big swing.

But it’s a swing and a miss for me.

Finally, let’s chat about the hit-and-miss direction from Leos Carax. He’s known as a cinematic provocateur, and I did appreciate some of the film’s visual spectacle. Then again, he intercuts his main scenes with Newsreel snippets that are so ham-fisted that they seem like they were done by a high school media club.

Of course, I have also seen comments from those who claim that the obviously bad parts of the film are done on purpose. I’m don’t really buy that, but if that’s the case, then I just didn’t get this film.

It reminds me of a self-indulgent student art film with giant movie stars giving the movie an artistic sheen that it simply doesn’t deserve.

“Annette” left me shaking my head wondering what the heck did I just see?

“Annette” is playing in select theaters and streaming on Amazon Prime.